In your community & Campus Internships for Youth 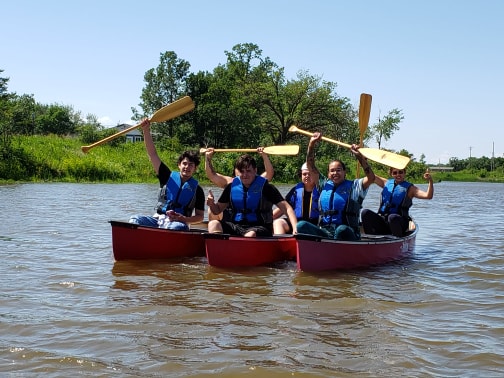 On July 08, 2019 Kis Kin Ha Ma Ki Win, a three-year initiative, started its first three-day Land-based Indigenous Science Camp in Brokenhead Ojibway Nation (BON), a Treaty 1 Nation located northeast of Winnipeg, Manitoba. The goal of the camp was to provide Indigenous youth the opportunity to learn about the science: in water, plants, fish, wildlife, and human relationships with their environment through land-based teachings.

The camp was set up in the Cultural Village of Brokenhead Ojibway Nation where seven enthusiastic youth joined us. On the first day we started our camp with a nature walk where Elder Karl Smith taught us about different plants especially medicinal plants like poison ivy which acts as both medicine and poison; inner bark of poplar tree, used to cure diabetics. He also talked about Water: how they define it, sources and how it flows.

After returning from the nature walk, we asked a few questions to the youth; What is first thing that come to their mind when they heard Water and Science? As expected, most of them wrote down ‘Water is Life’ and for science the range was wide from chemistry, experiments, discovery and to Bill Nye. Based on their understanding, we explained some scientific terms that they need to know in order to determine the quality of water and to carry out the tests.

We brought a set of portable water testing kits to the camp. These kits can test a range of physical, chemical and biological parameters for instance Temperature, pH, Turbidity, Dissolved Oxygen, Electrical Conductivity and presence of inorganic chemicals. When it came to collecting the water samples and selecting the sampling sites, we followed the concerns of Elder Karl Smith as we felt it was important that community members decide which water should be tested and where.

All the kids participated enthusiastically in collecting water samples from the river and wetlands. Despite the kids being a little bit uneasy about what they were going to do on the first day, things changed on the second day, as they felt more comfortable, some of them even got all wet in the rain as they wanted to collect rainwater to test!

The camps are not only about testing, we also had other creative and recreational activities. One of them was ice dyeing, we provided all the materials (colors, ice, trays), a tee-shirt, a water droplet (a piece of cloth in the shape of a droplet). We then asked to them to dye and using the droplet – to illustrate how they see the water and dye working together. It turned out great! On our second day, we had another walk in the Brokenhead Wetland led by Karl Smith where he told us about the four pillars of Brokenhead Ojibway Nation- Interconnected, Respect, Purpose, and Balance and he also spoke about native, medicinal and some rare plants and flowers. We also did some testing in the surrounding wetland water.The last day was started with Elder Rose and her sharing her precious stories with us it was full of fun activities as the kids got to go canoeing. After canoeing we shared all the previous day’s test results and discussed what they think about the camp and activities, it turned out they really enjoy leaning science through the land.

Due to lack of scientific evidence, indigenous people’s concerns about their resources like land, water, native and medicinal plants are often ignored as those are mostly based on their traditional knowledge. Building interest in science will certainly provide the indigenous youth a strong ground to raise awareness and protect their own land and environment. They will be equipped to use Indigenous knowledge as a pillar and Science as an instrument, both working together for change.

We are looking forward to our upcoming camps. 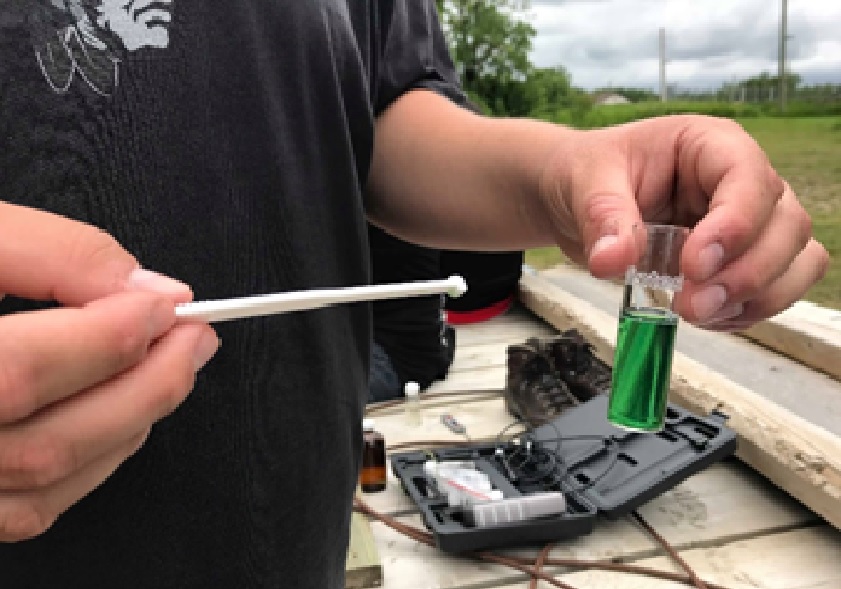 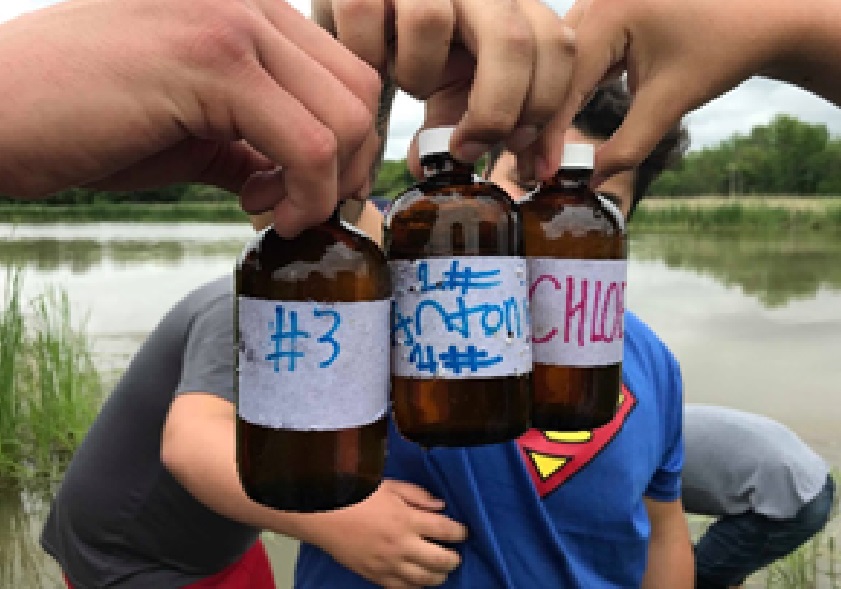 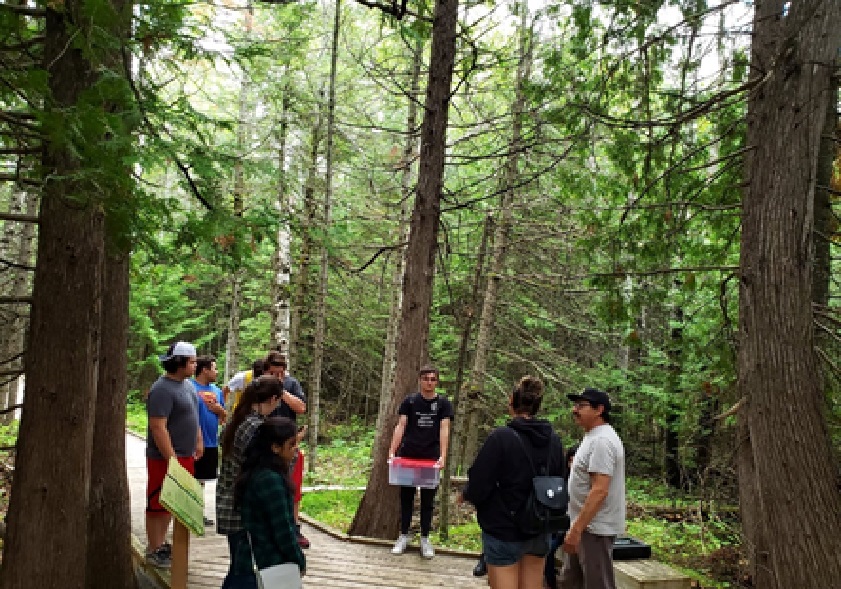 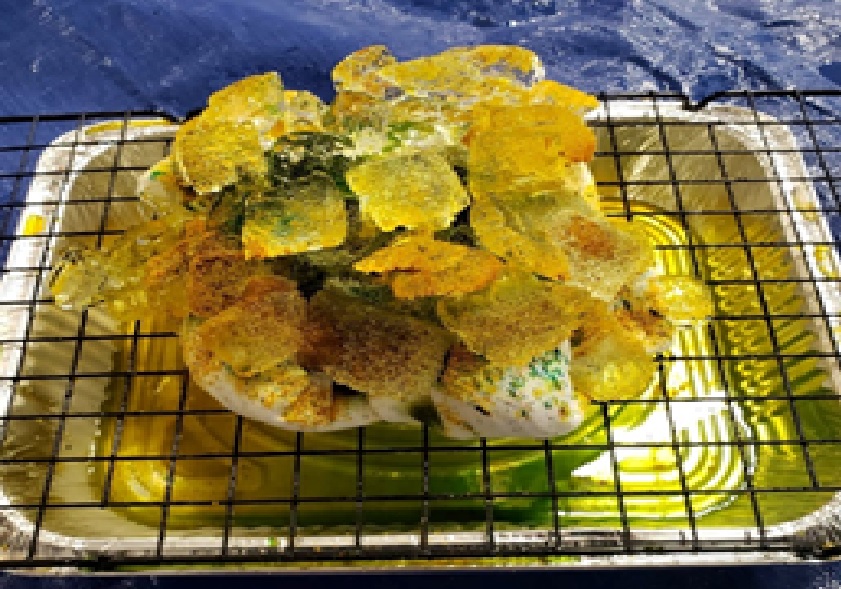 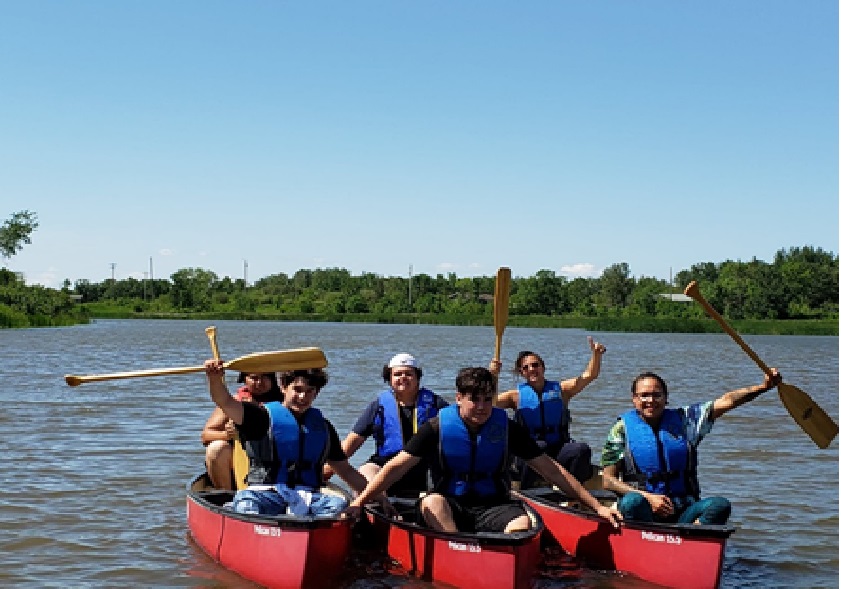